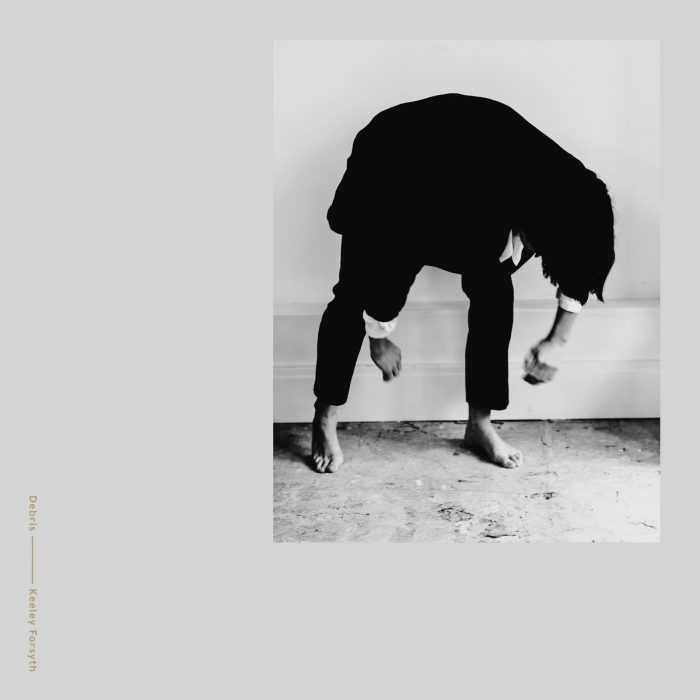 The songs comprising Keeley Forsyth’s debut are, she states simply, “like blocks of metal that drop from the sky.”

With its minimal arrangements placing her recollections and dissections of sometimes harrowing experiences front and centre, Debris showcases her elemental voice and an outpouring of candid, haunting lyrics detailing the seismic ruptures which take place behind closed doors. “There was a lot going on in my life that was heavy and hard,” she adds. “Songs were made under that moment.”

Born and raised in Oldham, Forsyth first made her name as an actor, and while the creation of music has been a constant feature in her life, she’s taken the long road to its release. A deeply intuitive and singular musician, she began writing several years ago, accompanying herself on harmonium and accordion.

“I came up with lots of songs in a very short space of time,” Forsyth recalls. “Most songs were written in the time it took to sing them. But I held them close, and often thought I needed to do something with them. It never felt right to go out and look for it. I felt like I needed to wait and move when I felt inspired.”

That inspiration struck one evening while listening to the radio, where she first encountered pianist and composer Matthew Bourne’s work. “I heard his music and suddenly I could hear them both together,” she says of her songs and his compositions. “I felt compelled to write to him. He got straight back and said he loved what I was doing.” What followed were quick and instinctive collaborations with Bourne and producer and musician Sam Hobbs, with the initial burst of momentum Forsyth felt when writing carried through into the studio, preserving the intricacies and accidents that make an album human.