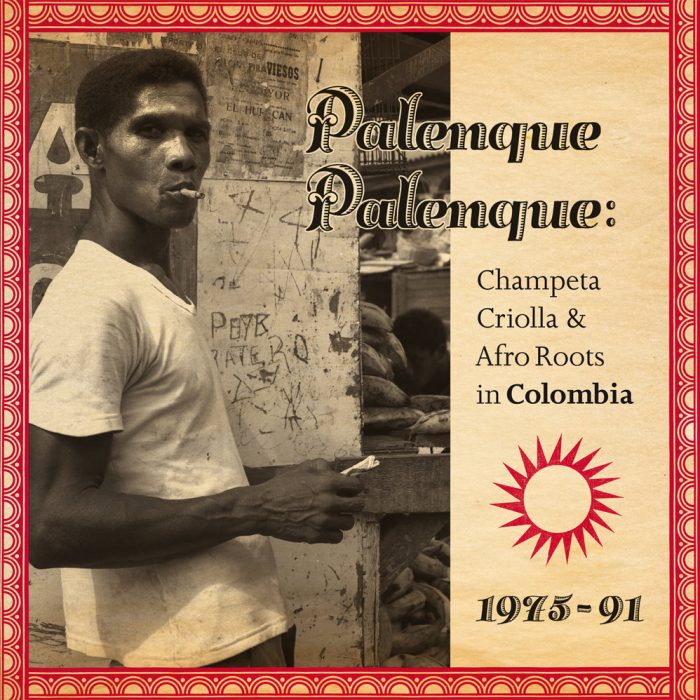 Boasting twenty one pulsating tracks drawn from the northern coasts of Colombia, ‘Palenque Palenque!’ reveals a unique and fascinating story of how Afro Colombian music developed from the 1970s onwards and how the local sound-systems in Cartagena and Barranquilla played such an important role in shaping the sound of the Colombian champeta.

Co-compiled by Lucas Silva (resident of Bogota and owner of Palenque Records) and Soundway Records’ Miles Cleret, the album highlights the long relationship that the Caribbean coast of Colombia has with Africa stretching back to the 17th century. Specifically, the rise of the percussion heavy champeta sound, born out of a wave of popularity for psychedelic Afro, Latin & Caribbean music inspired by the DJs of the time.

The influence of the sound-systems spread to local artists as well as re-energising traditional African folk songs and rhythms that had survived since the days of slavery. Record labels recognized the major change in direction from the days when cumbia and porro ruled the hearts of the ghettoes and began employing bands that began experimenting and tapping into these new cultural and musical movements. Disco Fuentes were one of the first labels to recognize this sudden swing and duly signed Wganda Kenya who went onto record some of the first Afrobeat records in Colombia. The trend in recording African music continued at pace with labels like Machuca, Discos Tropical, Orbe & Costeño quickly adapting to the newly adopted sound of the Palenques and bands like Son Palenque, Cumbia Siglo XX and La Cumbia Moderna de Soledad went onto readapt Afrobeat rhythms with a Caribbean slant.

The vinyl version comes as a triple LP with two extra bonus tracks.