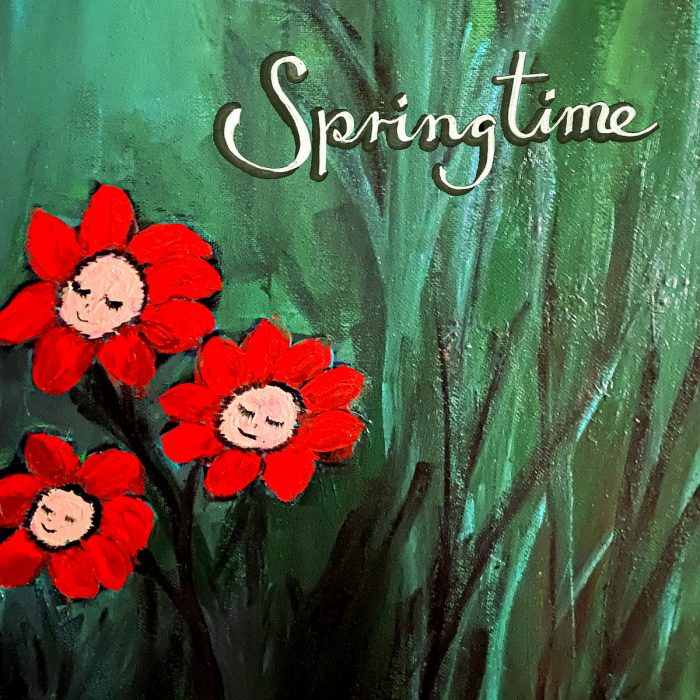 I love this shit. It’s as monstrously ravishing as it is clumsy in its elegance. Words run into each other with little regard for one another’s injuries. There are sounds who come out of nothingness to wallop and brutalize their fellow sounds. This Springtime record is so full of strange wanderings that are broken and piled up on themselves that the heads have no idea where their tails are.

The live recording of Will Oldham’s WEST PALM BEACH is treated with love and respect and would certainly be met with open arms by its author. JEANIE IN A BOTTLE and THE VIADUCT LOVE SUICIDE are magnificent songs originally penned by Gareth Liddiard’s Irish uncle, Ian Duhig. The latter piece is a true story of a woman in the UK who had a disabled child. She jumped off a bridge with her son in her arms. The press were saying she was fucked for doing such a thing, so Ian wrote the poem showing she was not. THE ISLAND is a noisy improvisation that’s wicked and wild with a slinky Hammond organ sneaking its way through the clatter. Irish composer Herbert Hughes wrote the tragic and haunting SHE MOVED THROUGH THE FAIR which exists in a number of versions and has been recorded by several artists (this one is best). THE KILLING OF THE VILLAGE IDIOT is about the Australian Special Forces who went around slaughtering civilians in Afghanistan and recently got investigated and busted for it.

The single most important component in collaborative art is the chemistry between the collaborators. Jim White has long been one of my favorite drummers: He reminds me of no one. His ability to keep perfect time while deviating from convention and tossing tambourines and broken cymbals on his kit is as marvelous to watch as it is to listen to. Gareth Liddiard’s guitar playing feels out of control, but he knows exactly what he’s doing. He throws nuanced accents like darts among the filthy din of distortion. And the ferocity his voice reaches is tremendous. Maestro Chris Abrahams’ playing is in a class by itself, ranging from the charm of Erik Satie to the nastiness of a truck-mounted excavator. These three gentlemen work, play and improvise together in an emotionally volatile universe. You could call it “jazz”, but that word is way too jazzy for what Springtime creates. There is no pompous audacity. No terrible flagrancy. Their music is heartfelt. It’s important.