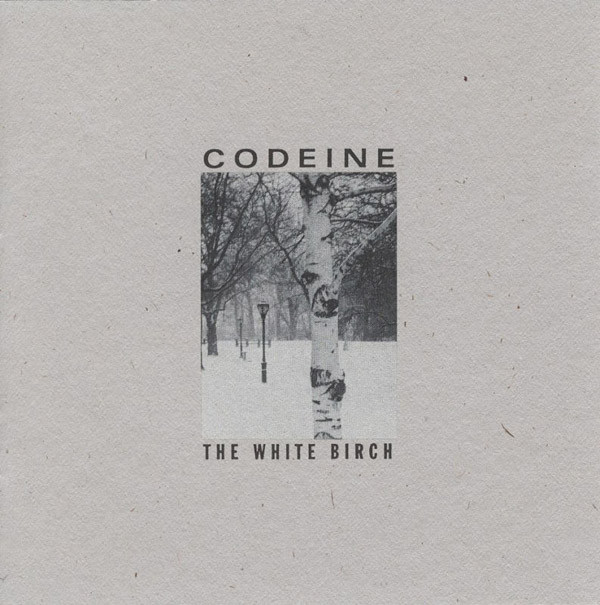 The White Birch is Codeine final release, originally on Sub Pop in 1994, it finds the band it its most realized form. Codeine, and scene peers Galaxie 500, would prove to be a hugely influential act in a genre that would be labeled “slowcore” by music writers and exasperated listeners that had heard nothing of the like before.

Codeine’s unique use of somber snail paced minor-key chord progressions, melancholic vocals and quiet/loud/quiet approach to guitar driven rock that never got too heavy, inflected a discordant melody yet never got to light. This NYC group would prove more along the lines of Slint, Rodan and Bastro and other early 90’s groups coming out of the Louisville, KY scene.

Yet Codeine infused this lock-tight see-sawing of quiet moody tension building with huge bursts of guitar strum drenched in distortion and pounding drums that transformed songs to epic walls of sound that were as terrifying as they were heart felt. These high quality reissues are further testament to the power contained with in these tracks and the importance of one of the early 90s seminal acts. These records are long overdue for the reissue treatment and we can thank the fine folks at Numero Group for doing them up in such a breath taking manner.