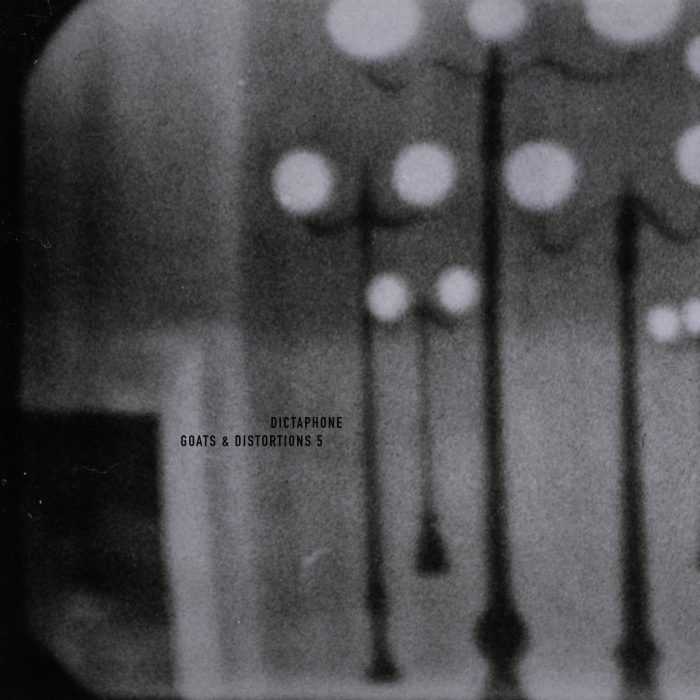 After their last highly acclaimed album “APR70” Oliver Doerell is surrounded again by his longterm bandmembers Roger Döring (clarinet & saxophone) & Alex Stolze (violins). In the last 3 years they dived even deeper in their “morbid instruments” concept. An old tape machine, which Doerell found in a hidden room in his house in Berlin served as soundsource, ghostly sounds could be heard and the machine died soon after being sampled. For the first time Roger Döring played a bass clarinet on this album and after the recordings lost it in the subway on his way home…

They improved their skills to use rustle as a instrument and are supported by the voice of Helga Raimondi in the track “your reign is over”. The result is an ungraspable, ghostly, spooky album consisting of ten different journeys into the experimental sound world of these unique compositions.

The history of Dictaphone: In 2000 Oliver Doerell found a partner in Berlin’s Roger Döring, who shares Doerell’s love for the Brussels-based music of the eighties. In the following years the duo and several guest musicians (e.g. Stephan Wöhrmann (SWOD) , Malka Spigel (Minimal Compact) released the critically highly acclaimed “m.= addiction” (2002), the “Nacht” EP (2004) and “Vertigo II” (2006) via the City Centres Offices label of Thaddeus Herrmann and Shlom Sviri (Boomkat, Modern Love). In 2009 the violin player Alex Stolze joined the band. During their two decades of existence Dictaphone played shows in more than 20 countries with festival appearances at Mutek, Transmediale, Unsound, Benicassim & more. Their latest releases were the praised “Poems from a rooftop” (Sonic Pieces) from 2012 and the “goats & distortions 5” predecessor “APR 70” in 2017 on Denovali. Denovali also reissued the past repertoire of the trio in 2017. Oliver Doerell composed for more than 30 pieces of Modern Ballet and BBC documentaries.