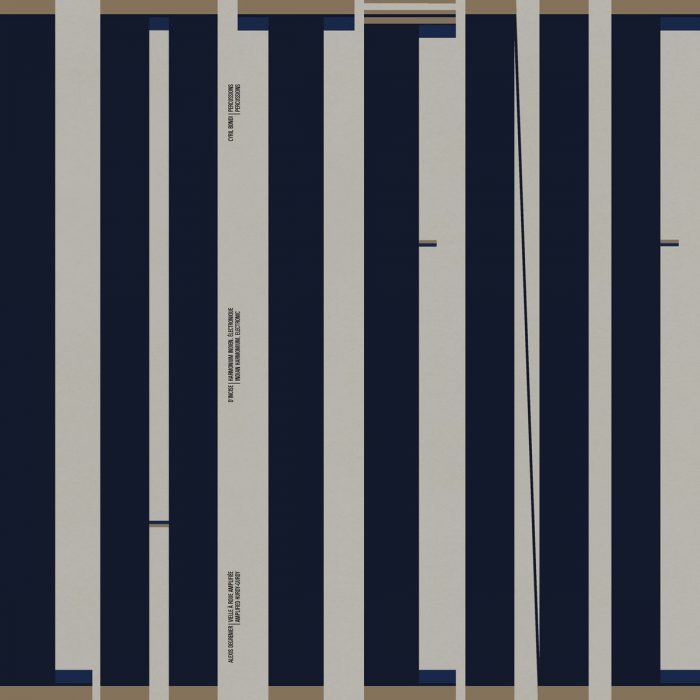 La Tène’s previous album ‘Vouerca/Fahy’, released at the end of April 2016, was rapidly out-of-print after a long series of concerts throughout France and neighboring countries. Thanks to this immediate success, they were invited to play the prestigious Montreux Jazz Festival after appearances at the Sonic Protest Festival in Paris, Ring Ring in Serbia and at the Kilbi Festival in Düdingen.

Their second album, ‘Tardive/Issime’, was recorded in January 2017. It is to be released on September 22nd, 2017, as the first collaborative release between Les Disques Bongo Joe and three:four.

If this second opus relies on the same method of composition, it employs a decidedly richer timbral palette, combining long heavy descending harmonium sweeps, relentless percussion, and the ever more precise patterns and drones of the hurdy-gurdy.

‘Tardive/Issime’, something of a mirror to its predecessor, nevertheless reveals a few phantoms in the course of listening, prefiguring a music still to come.

La Tène is a tricephale beast discharging a singular energy in which one may detect echoes of traditional music, saturated repetition, ethereal harmonics or imaginary choreographies. All of these coexist in La Tène’s music and are freed from their origins in a unique framework. The Franco-Swiss trio perform music wherein every influence, however profound, is distilled by patterns becoming themes. The goal is not to break models, but to make their existence solid, concrete, as fragments cleverly carved out of rock so as to be reassembled. There are no starting points, no ending points, no standard form structures – these all disappear as the senses encounter the first shock waves. Obstacles are erected as familiarly unknown constructions of bits and pieces remembered as replicated gestures from multiple angles. La Tène’s goal is not to rearrange or reinvent living music, but rather to groove every furrow again and again until its total exhaustion.