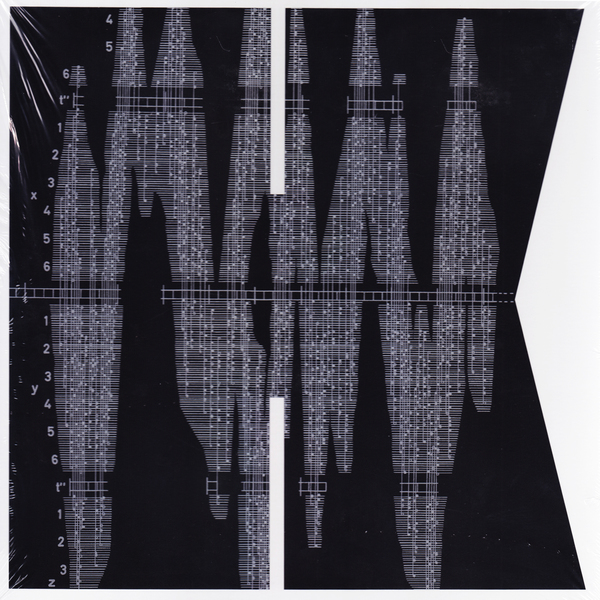 First in the series of LP Boxets that documents the birth of Roland Kayn cybernetic music.

One of the great pioneers of electronic, computer, and instrumental avant-garde music, for the majority of his life, the German composer Roland Kayn remained almost entirely unknown – a gem at the end of a trail of breadcrumbs – a founding member of the legendary ensemble, Gruppo di Improvvisazione Nuova Consonanza, heralded as a singular genius by a small number of figures like Jim O’Rourke.

Though the composer was included within Deutsche Grammophon’s seminal Avant-Garde series during the early 1970’s, it wasn’t until 2017, six years after his death, that the ranks of his fans began to noticeably swell, following the release of his monumental work, A Little Electronic Milky Way Of Sound, by Frozen Reeds. Now, building on the spirit of their beautiful Gruppo di Improvvisazione Nuova Consonanza box set from 2017 – a body of work which included important contributions by the composer, longtime Kayn devotes, Die Schachtel, return with a lovingly produced reissue of Simultan, an overwhelmingly important work in his canon, from 1977, stretching across 3 shimmering LPs.

While Roland Kayn might be easily described as a composer of electronic, electro-acoustic, or computer music, the majority of his career was in fact largely dedicated to the revolutionary sculpting of an entirely new territory of sound – Cybernetic Music, a generative process of composition through programming. Simultan was among the first of the composer’s works to emerge from this process. Cybernetic Music grew from Kayn’s longstanding engagement and fascination with data processing theory, which far outweighed his interest in the work of other composers and the zeitgeists of the day – a fact which contributed to his being declared persona non grata by the avant-garde establishment, and ultimately his lasting obscurity. This territory of creativity was the composer’s attempt to allow sound to be self-self-sufficient, stripping away notions of harmony, melody and rhythm, as much as those of the composer and art, deploying complex networks of electronic devices – early computers, to follow his instructions, taking form through a system of signals and commands.

Created during the period in which Kayn was living in the Netherlands, and recorded with the assistance of electronic music legends Jaap Vink and Leo Küpper, Simultan is a work of astounding beauty – filled with a remarkable sense of humanity and touch – a strange incongruity considering the system through which it was made, doubling as an indication of the inherent power of sound which Kayn spent his life fighting to reveal. For fans of avant-garde electronic music, particularly those drawn to the work coming out of Utrecht and Groupe de recherches musicales (GRM), but who have not encountered Simultan, the work is likely to represent a towering revolution. It stands among the most striking works from the world of sound. Ranging from seductive ambiences, grinding swells of atonally and pure texture, to buried tone clusters, it does everything Kayn set forth in his ambitious project. It is an immersive image of what might be when sound organizes itself, and a metaphor for a way of being – the wonders which happen when we relinquish ego and control.

A stunning journey in sound and work of profound and intoxicating power, Simultan stands among the best of all avant-garde electronic works of its era, yet, like its composer, has never received its rightful due. Die Schachtel’s lovingly produced boxed edition, produced with a booklet with new liner notes exploring the composer’s work and ideas at length, takes great strides to rectifying this sin – bringing this seminal work back into print for the first time in 30 years. Its reemergence has been long awaited by many, and should be celebrated by all. Totally essential and not to be missed!