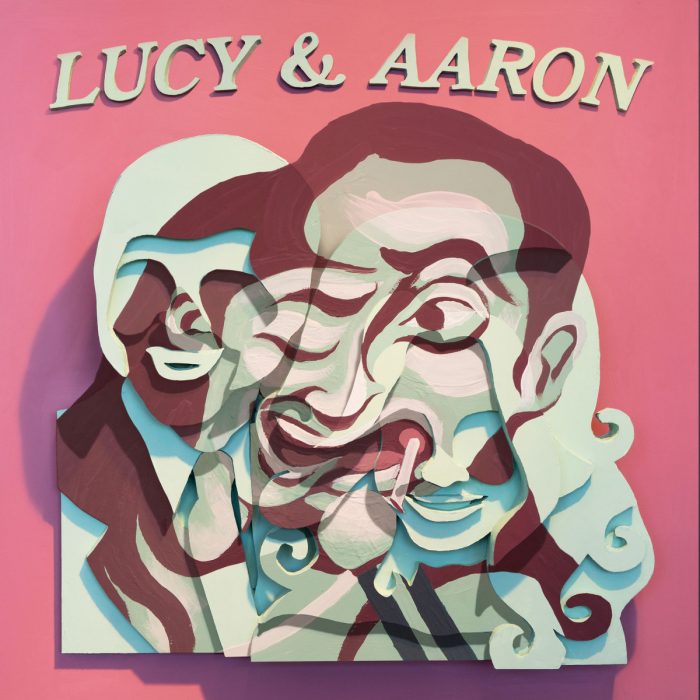 ARTIST STATEMENTS “I met Aaron in Madeira around 10 years ago, and I was blown away by his set, when I was going to tour the US for the first time, Forest, my US my booking agent asked me if I wanted to tour with someone from his roster and I suggested Mr Dilloway, the first show we played together was in Toronto, he started with a very groovy loop, some kind of soul extract that felt just right. With that, he levelled the dynamics and the atmosphere of the room, moving back and forth from the stage to the audience to double check if everything was sounding right. I have never seen such an elegant, disturbing and powerful show at the same time, it was a wild combination. We played a couple more shows together and on my journey throughout the states I was never in a place where his name didn’t pop up with a positive comment of admiration. We became extremely close and utopian. We started this record during a two week visit of mine in NYC, we crossed our signals, sometimes his affecting mine, or the other way around, we just wanted to make a fun, weird and inevitably emotive record that somehow captured so many things we love about music, to put oneself in character and go with the flow.” — Lucrecia Dalt

“Lucrecia and I met briefly 10 years ago while performing at a festival together. We traded some releases and I was very excited by what I heard. Her records stuck out to me over the years as something very special. I was a fan. We met again recently while performing on a bill together in Toronto, and while watching her perform, I was mesmerized by her selections of sounds, as well as her movements and control of the mixing board. I felt like we worked similarly. We struck up a very close friendship and what followed was a year of intense discussions about art, music, performance and recording. Immediately we began working on music together and her expertise in mixing and her highly trained ears and overall drive were very inspirational. This album was recorded in 3 different locations, Pioneer Works in Brooklyn, NY where Lu was doing a residency, sessions at Lu’s home in Berlin, Germany and finally at my home in Oberlin, OH. It was one of the most inspirational periods of my life and helped me overcome some intense musical and psychological obstacles. I learned so much by making this record.” — Aaron Dilloway