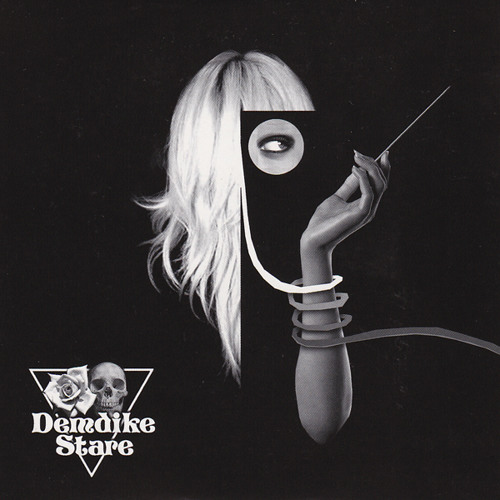 Miles has been a longtime affiliate of Modern Love as one half of Pendle Coven and under his own MLZ alias, while Canty is one of the city’s most recognisable vinyl collectors, carrying an obsession with everything from obscure Nordic Doom records to Anatolyan funk albums, fuelled by his dayjob helping out at the Finders Keepers label. The project is named after Pendle’s most famous witch: Elizabeth Southerns, aka Demdike. The tracks on ‘Symbiosis’ are drawn from elements of Turkish, Indian, Iranian, African and West Indian film soundtracks alongside Norwegian drone records, classic House templates, punctured dub, modified techno and the arctic noise perfected by Mika Vainio.

Original sources and dense analogue experiments weave around eachother with little care for convention or stylistic expectation, instead throwing the pair’s extensive musical knowledge into a set of tracks that, quite brilliantly, defy categorisation. The album opens with ‘Suspicious Drone’, a dense 6 minute opening that chugs a long like a malfunctioning mechanical beast, honing in on Lancashire’s dark industrial landscapes before moving onto more exotic, balmy territory. ‘Haxan Dub’ (named after the film narrated by william burroughs about witchcraft) deploys fragmented dub echoes infused with displaced horns and African signatures, taking its time with one of the jerkiest rhythms you’ll have the pleasure of hearing, before ‘Jannisary’ tangles in and out of an Iranian hook and a squashed Congolese rhythm that creates an asymmetric, geniusly constructed dancefloor killer.

By the time the album comes to a close with ‘Ghostly Hardware’ an hour later, the cycle is complete with a return to icy tundras and chugging machinations steeped in the traditions of Scandinavian machine music and pure analogue frequencies, expertly handled by those masterful technicians over at Berlin’s Dubplates & Mastering.