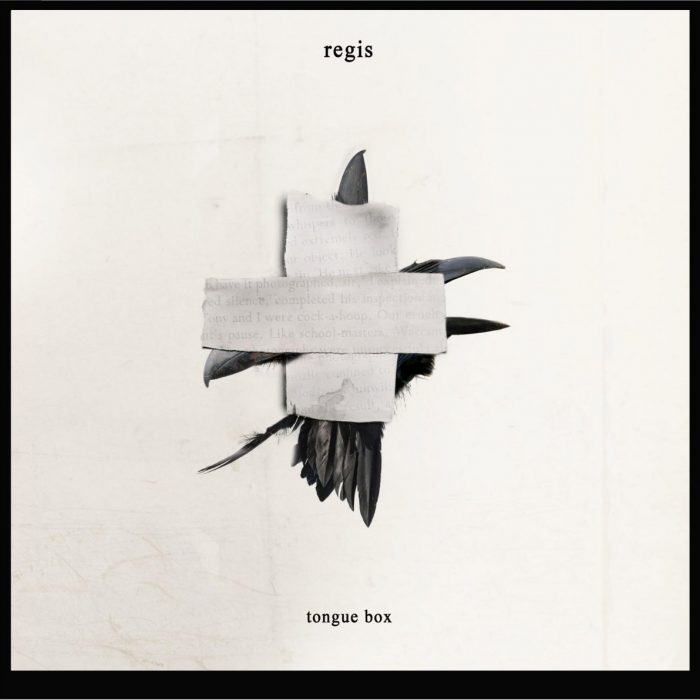 Regis revisits his Blackest Ever Black-era recordings in entirely reworked and remastered versions of perhaps our favourite of all of his recordings, embracing space and subbass with influence from techstep D&B as much as dark ambient and gothic sound design styles. Properly massive, essential gear, highly recommended if yr looking for something to file alongside your T++ and British Murder Boys.

Regis revisits his releases for the dearly departed Blackest Ever Black with a ‘Tongue Box’ of remastered and restructured versions bearing the toned muscle and darkroom workshop atmospheres found in his 2020 debut album ‘Hidden In This Is The Light That Makes You’. The set sees Regis return to a point when his sound had fully shifted from brittle, loopy bangers to a more sensuous, serpentine style embracing space and subbass, in a vital new mutation of UK industrial body musicks.

Restructured versions of modern classics, the T++-like broken roller ‘Blood Witness’ from the ‘In A Syrian Tongue’ 12”, and the snarling post-punk techno swagger of ‘Blinding Horses’ lead to the NIN-like beat-less scape of ‘Blinding Horses (Stable By Mix)’ – exclusive to the set – while he performs back-alley dentistry on the gnashing 16th note arp fangs of ‘Manbait’ with lacerating effect, beside the haunted romantic chamber string sentiments of ‘The Solution’ which could almost come from some Derek Jarman soundtrack, and 2014’s ‘Masterside’ appears remastered to best show off both sides of its swooning and sinuous goth techno silhouette.