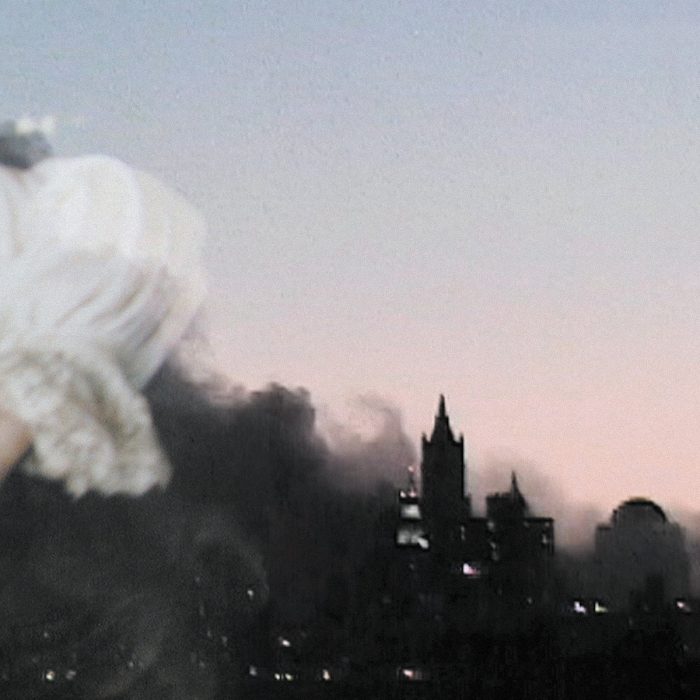 The Disintegration Loops is a series of four albums by American avant-garde composer William Basinski released in 2002 and 2003. The music was recorded from a series of ambient music fragments played in tape loops that gradually deteriorated each time they passed the tape head. The completion of the recording coincided with the 9/11 attacks, which Basinski witnessed from a rooftop in Brooklyn while playing the project to friends; the accompanying artwork features Basinski’s footage of the New York City skyline in the aftermath of the World Trade Center’s collapse.

The series gathered universally favorable critical reviews and various accolades. It was initially released in four parts, and was reissued in 2012 on its tenth anniversary as a 9-LP box set.

The Disintegration Loops is based on Basinski’s attempts to salvage earlier recordings made on magnetic tape in the early 1980s by transferring them into digital format. However, the tape had deteriorated to the point that, as it passed by the tape head, the ferrite detached from the plastic backing and fell off. The loops were allowed to play for extended periods as they deteriorated further, with increasing gaps and cracks in the music. These sounds were treated further with a spatializing reverb effect.[2] [3] Basinski has said that he finished the project the morning of the September 11 attacks on the World Trade Center in New York City, and sat on the roof of his apartment building in Brooklyn with friends listening to the project as the World Trade Center towers collapsed.[4] In 2011, Basinski corrected earlier reports where he described recording the last hour of daylight of 9/11 in N.Y.C. with a video camera focused on the smoke where the towers were from a neighbor’s roof, then set the first loop as the sound-track to that footage. Stills from the video were used as the covers for the set of four CDs.