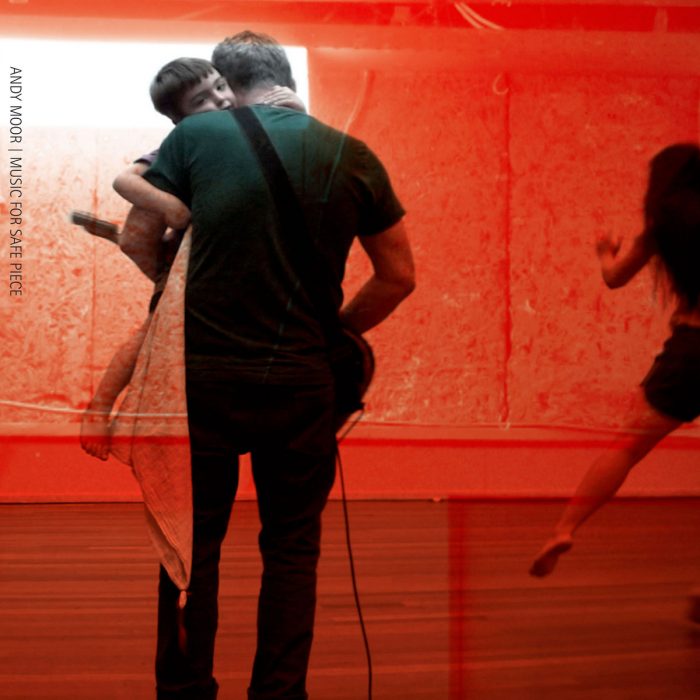 Music for Safe Piece is the result of an artistic experiment that lasted for four years, where Andy Moor was creating a live soundscape for a performance of a unique nature. Choreographer Valentina Campora has created a series of semi-private events where she and Moor, new parents of a baby boy, were performing for a small audience with the young child. Campora was dancing with her baby, Moor provided a sound world that supported and harbored the performance. As the boy grew up and acquired autonomy he started to engage in “conversations”, attracted as he was by the thrill of dance and music, participating in the ever changing dynamics in the trio.

Each performance was filmed by visual artist Isabelle Vigier. Vigier used the video material to create the film Safe Piece, and later the installation of the same name for which Andy Moor has created the sound.

ABOUT THE GUITARS AND CHOICES MADE FOR THE CD My approach to playing in Safe Piece was no different from how I approach improvisation in general with dancers. I decided from the onset of the project to play the guitar as I always play when I improvise using intuition, imagination, humour and surprise as I knew Elio would find this exciting and see it as an adventure. I had no intention of playing “childrens’ music” or trying to soften the music to make it more digestable for a child. I believed that Elio would be able to relate much more directly to my funny scrapings on the fretboard with a brush and metal file than if I had started playing nursery rhymes or circus tunes. It also gave him the freedom to approach my instrument with an enormous sense of curiousity and experimentation. He was not afraid to throw a football on the guitar or drag the cables across the floor and this made the whole experience extremely fun and joyful but also very serious because all our actions in relation to the guitar were connected with attempts to produce unusual and original sounds. For a small child to approach a musical instrument in this way for me is a great and wonderful start in his or her musical life.

ABOUT THE FILM INCLUDED IN THIS RELEASE Safe Piece (a film), 25:00, 2019 by Isabelle Vigier and Valentina Campora based on the performance Safe Piece by Valentina Campora with the participation of Elio and Milo Campora Moor. Music: Andy Moor. Made with support from AFK Amsterdam Fund for the Arts, NL, Theater De Roode Bioscoop and art center OT301, Amsterdam, NL.