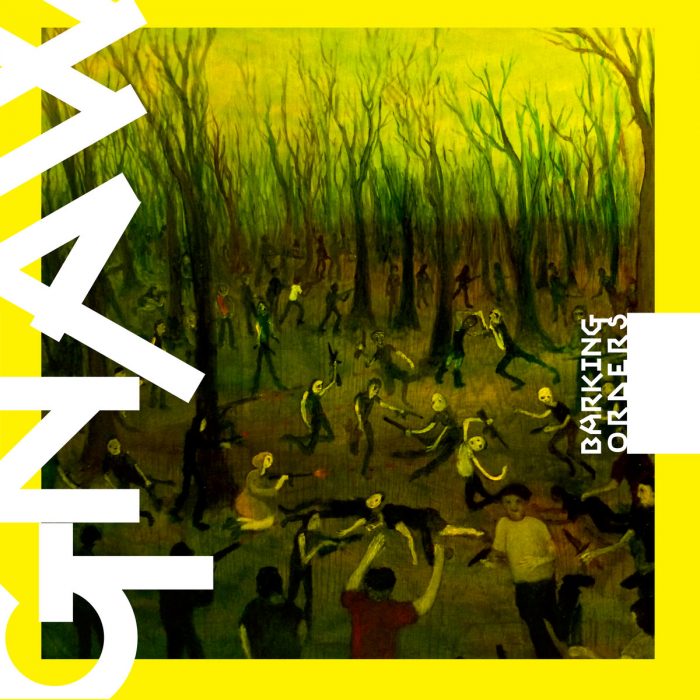 With three full-length albums released in the past 10 years, Gnaw has made a name for icy sounds, an avant mixture of metal and noise elements, exploring the extreme depths of existence. Of the new EP, Barking Orders, vocalist Alan Dubin states: “These four songs are based around decay… The world, cities, the mind and body, all falling apart. Kill or be killed, or wither alone.”

Barking Orders kicks off with an absolutely electrifying cover of Einsturzende Neubauten’s 1981 song “Kollaps.” In Gnaw’s hands the song marches forward unstoppably, like a plague advancing across a landscape. Dubin’s urgent shrieks (honed through decades of next-level screaming as the frontman for Khanate and OLD) lead the way: “Collapse! Our wandering destroys the cities! Our wandering destroys the cities!”

From there, the EP melts into what Dubin calls, “noisy, experimental, electronic songs.” Standout “Rid the City” is nearly 9 minutes of nonstop tension, featuring Dubin’s whispers, falsetto cries and screams, inspired by the 1977 Son of Sam murders. Perhaps better than any other band of today, Gnaw is able to conjure the paranoia of that particular chapter of NYC history.

Stream the horrific animated video for “Rid the City,” created by multi-media artist The Deletist, exclusively via Revolver, here:

UK magazine The Wire has championed Gnaw as “unsettling but vital listening” which “raises goosebumps, instills despair, and suggests fruitful future paths for metal in the process.” A Pitchfork review warns: “actual destruction seems just beyond the door.”

The artwork was created by Dax Van Alten; layout by Sébastien Hayez.