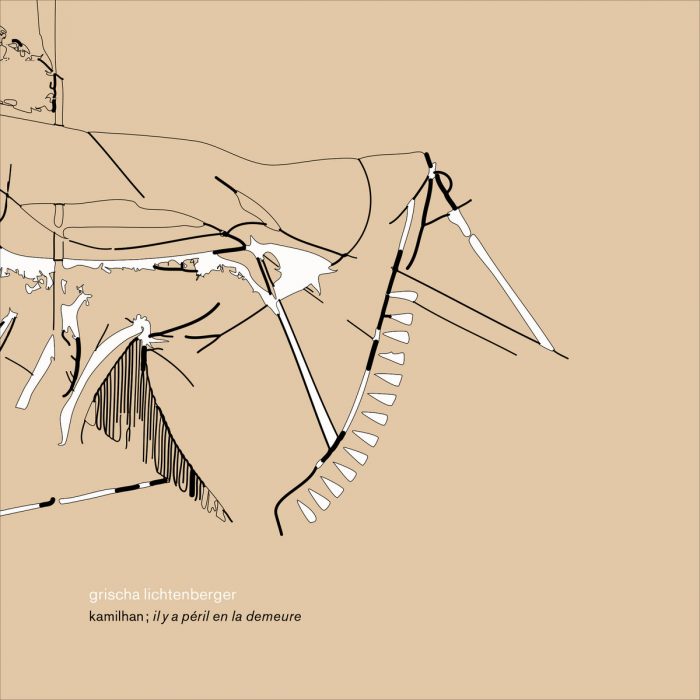 In contrast to the first part of the series which tried to trace the other in the intimacy of the private (the residence, la demeure), Lichtenberger now focuses on the phrase “il y a péril en la demeure”. The French phrase literally translates into “there is a danger in ones residence” (la demeure) or “a danger is persistent, remains” (demeurer). Lichtenberger is interested in this ambiguity in relation to a metaphor of art:

“In a way, one could describe art as a pathological condition to hold onto a communicative defect. In this respect, the album is about a crisis – about the impossibility of expressing the unspeakable and instead secretly tying it in a parallel thread that deepens the relationship to the impossible.”

On the other hand, Lichtenberger contraposes a social function of art. The legal meaning of the phrase “il ya péril en la demeure” (in German “Gefahr im Verzug”, in English “imminent danger”) describes a situation in which a person or authority intrudes into a private space that is particularly protected against access in order to prevent danger or secure evidence. Lichtenberger writes: “In art, the public is something that could perhaps be described in legal terms as a legitimate transgression of responsibility – it secures and holds what would otherwise be lost because the artist has become entangled in it.”

This ambivalence between crisis and social reinsurance is aesthetically embodied by musical material that on the one hand seems unwieldy and subversive, on the other hand idiosyncratically grooving and encouraging to nod. The focus is on songs featuring computer-generated voices that sing in a language that remains incomprehensible. Fragmented from English syllables and reassembled into cryptic pop songs, Lichtenberger calls them “crooked ballads”.

“In a way the tracks on »KAMILHAN; il y a péril en la demeure« are best understood as crooked ballads. They are songs – intentionally tying themselves to a symbolic repetition of classical pop-song structures. They seek to smuggle the crooked into the common and vice versa smuggle the hope of recognition and transference into the crooked.”

Regardless of the theoretically excessive reflections that are typical of Lichtenberger, this album also succeeds in emotionally connecting to his topic with intimacy and sincerity that immediately touches the listener. »KAMILHAN; il y a péril en la demeure« will be released on May 8th, 2020 on CD and as a limited double vinyl including a hand-signed screen printing.