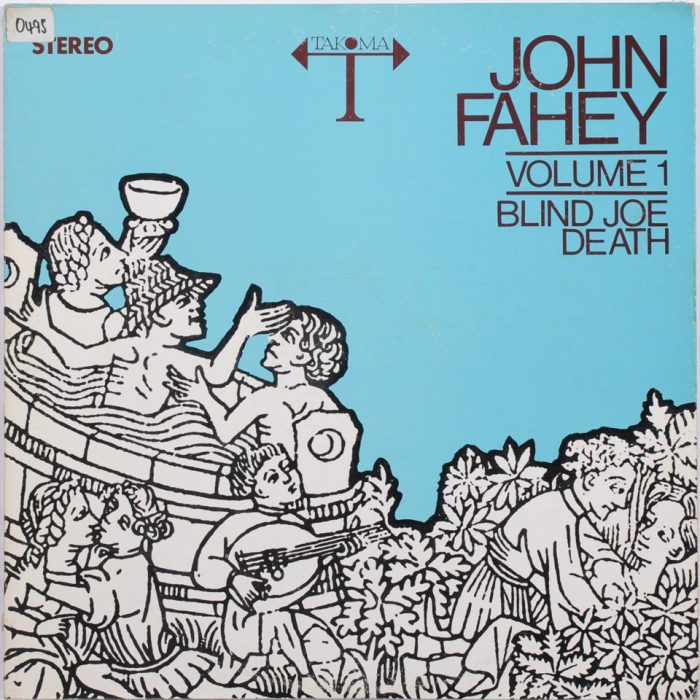 One of acoustic music’s true innovators and eccentrics, John Fahey was a crucial figure in expanding the boundaries of the acoustic guitar over the last few decades. His music was so eclectic that it’s arguable whether he should be defined as a “folk” artist. In a career that saw him issue several dozen albums, he drew from blues, Native American music, Indian ragas, experimental dissonance, and pop. His good friend has noted that Fahey “was the first to demonstrate that the finger-picking techniques of traditional country and blues steel-string guitar could be used to express a world of non-traditional musical ideas — harmonies and melodies you’d associate with , , or maybe the music of India.” The more meditative aspects of his work foreshadowed new age music, yet Fahey played with a fierce imagination and versatility that outshone any of the guitarists in that category. His idiosyncrasy may have limited him to a cult following, but it also ensured that his work continues to sound fresh.

Fahey was a colorful figure from the time he became an accomplished guitarist in his teens. Already a collector of rare early blues and country music, he made his first album in 1959, ascribing part of it to the pseudonymous “Blind Joe Death.” Only 95 copies of the LP were pressed, making it a coveted collector’s item today. (In the 1960s, Fahey would re-record the material for wider circulation.) In college, he wrote a thesis on (an exotic subject at the time). Yet Fahey did not perform publicly for money until the mid-’60s, after his third album.

Fahey’s early albums for Takoma in the mid-’60s laid out much of the territory he would explore. His instrumentals, filtering numerous genres of music into his own style, evoked haunting and open spaces. At times they could be soothing and plaintive; at other times they were disquieting, even dissonant. The more experimental aspects of his material even foreshadowed psychedelia in their lengthy improvisations (some cuts lasted as long as 20 minutes), use of Indian modes, unpredictable stylistic shifts, and overall eerie strangeness. His persona as a weirdo of sorts was amplified by his bizarre and lengthy song titles and liner notes. He also employed odd guitar tunings that continue to exert an overlooked influence on contemporary musicians to this day.

Fahey remained consistently popular on a cult level through the mid-’80s. His most commercially successful efforts, oddly, were probably his Christmas albums, which are among the more interesting holiday records of any genre. For a time he ran the Takoma label, where he was instrumental in starting the career of (who owes much of his stylistic inspiration to Fahey), as well as promoting lesser-known talents like . He was a catalyst in other subtle ways, helping to form by introducing (who played on a Fahey album in 1965) to Bob Hite, and rediscovering Delta bluesman with his friend Ed Denson.

Fahey sold Takoma to Chrysalis in the mid-’70s, but continued to record regularly, and also tour (though his live performances were erratic). In 1986, he contracted Epstein-Barr syndrome, a long-lasting viral infection that, combined with diabetes and other health problems, sapped his energy and resources. Although the Epstein-Barr virus was finally overcome, the mid-’90s found him living in poverty in Oregon, where he paid his rent by pawning his guitar and reselling rare classical records. The appearance of a major career retrospective on Rhino, Return of the Repressed, in 1994 boosted his profile to its highest level in years. In 1997, he returned to active recording with City of Refuge and was planning a Revenant definitive package of ‘s work when he died following sextuple-bypass surgery at the age of 61. The Fahey discography is dauntingly large and diverse; the neophyte is advised to start with the two-disc Return of the Repressed, but those who wish to dig deeper will be very pleased with Takoma’s extensive reissues, which started to appear in the late nineties.