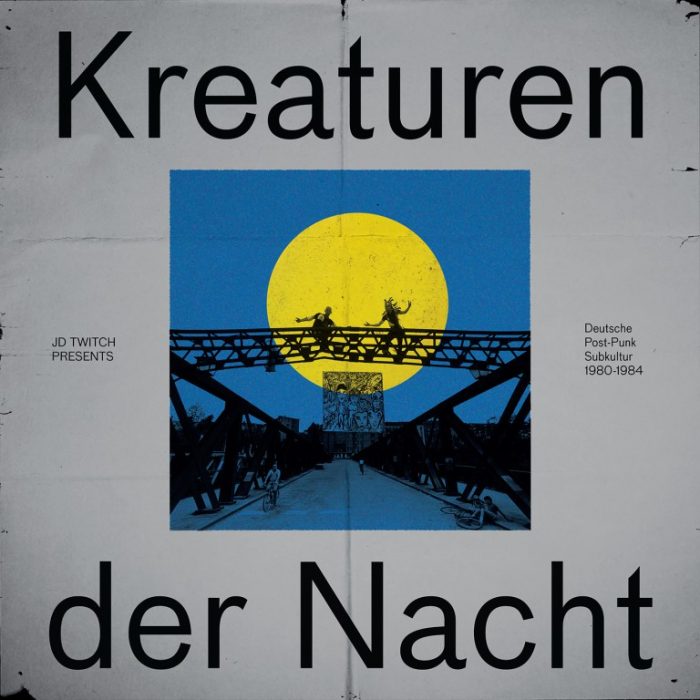 This was an era of particular artistic upheaval in Germany; emphasis was placed on expression rather than technical perfection, artistic impact rather than skill. Bands consciously abandoned the English-speaking mainstream with German band names and lyrics. “Although we had a small underground scene, it was very vibrant,” explains Gudrun Gut of Malaria! “Bands like Die Haut, our first band Mania D., Malaria!… we organised gigs ourselves, hung around together in a handful of clubs like Risiko or Dschungel and went to gigs at SO36. West Germany had other regional scenes too: Düsseldorf and Köln around Der Plan and the Ata Tak label and there was the Hamburg side with Abwärts. Germany didn’t have a real music industry like the US or UK back then.”

This new collection is a personal selection from JD Twitch: “The compilation is not designed to tell a definitive story of what was going on in Germany in this era; it is more an arbitrary collection of records I adore from a specific era with a specific attitude that hopefully together sum up some of the musical undercurrents in Germany at that time.”