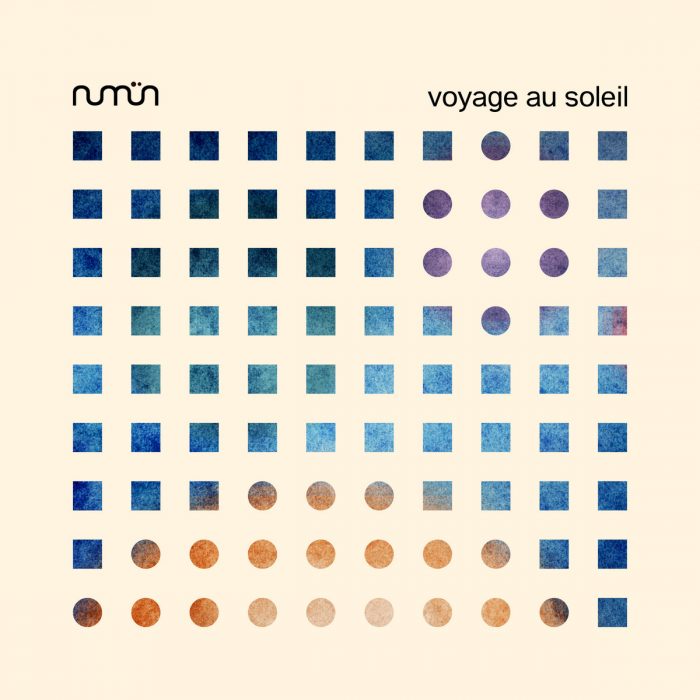 Numün is a trio of New York City soundscape designers who combine a wide range of music and visual influences to create hypnotic aural and visual experiences. The band members include “ambient country” pioneer Bob Holmes (from SUSS) as well as new music composer and artist, Joel Mellin, and percussionist and multi-instrumentalist Chris Romero (both from Gamelan Dharma Swara). Their influences range from sonic artists like Brian Eno and Morton Subotnick, to the environmental visual artists Olafur Eliason and Elias Romero, to Balinese composer I Nyoman Windha and shadow puppet master I Wayan Wija. As individual artists, their work has been seen and heard at MOMA, The Met, Basilica Hudson, The Bali Arts Festival, NPR, New Sounds, Echoes, and has been featured in Mojo, Wire, Pitchfork and Aquarium Drunkard.

Numün’s first album, “voyage au soleil”, will be released on Musique Impossible in Fall 2020. The original sessions came out of a project to commemorate the 50th anniversary of man’s first landing on the moon. The initial track, “Tranquility Base” was featured on the compilation, “The Moon and Back – One Small Step for Global Pop” and released on London-based WIAIWYA that same year. With 1969 as a starting point, numün began exploring what that period of history meant to them both personally and musically. Using a combination of traditional Balinese and Americana instrumentation, along with synthesizers and loop manipulation reminiscent of their musique concrete forbearers, numün created soundscapes that explored the hope, turmoil, and psychedelic escape and promise of that pivotal era. The final result is 6 tracks that take the listener on a trip to the heart of the sun.

The album’s first track, tranceport, is a welcoming that coaxes the listener into the vast, atmospheric numün experience with seemingly disparate instrumentation that includes a cümbüş (a fretless turkish banjo), a mellotron, a ’52 gibson hollowbody, violin, and Balinese gongs. As is the beautiful heartache of any journey into the beyond, the periodic gong cycles signal both a beginning and an end – they’re one and the same, and yet, with a twist at the end, this one track exemplifies numün’s unique musical style as both surprising and reassuring. With the journey begun, the second track, first steps is a story of finding your bearings in unfamiliar territory: the tremolo twang juxtaposed against the strident cümbüş combine as if David Lynch’s Twin Peaks were set on the far side of the moon. tranquility base, the album’s third track, is a memoir of the journey to date – from launch, to exploration, to looking back at our collective past and, yet, toward the future. Supported by Trina Basu’s (Brooklyn Raga Massive) beguiling violin work, Tranquility base is a swirling narrative that unfolds before the ears and expresses the optimistic hope that permeates numün’s work.

mission loss, the album’s 4th track, is what happens when those plans change. The transformation of the polyrhythms of this piece are a ‘Space Oddity’ as directed by Olaf Eliason as the mission changes from a return home to a journey to the sun. And as situations change, the penultimate track, expanse, sets the listener into the introspective space between any here and any there. Featuring harpsichord and a brief theremin, expanse, speaks to the unknown and uneasiness before determination sets in, as does the final title track, voyage au soleil. Somewhere between Beck’s ‘Morning Phase’ and Anton Newcombe, voyage au soleil is a mission that only goes in one direction – forward.