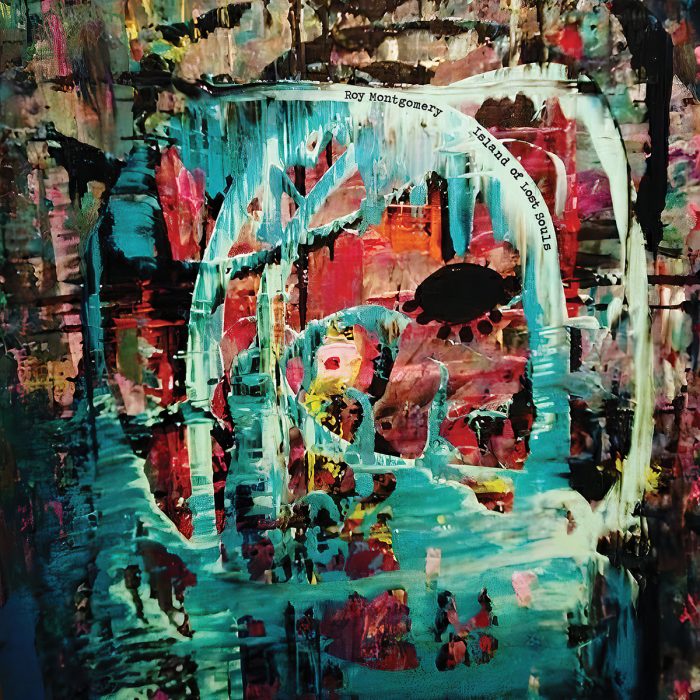 Roy Montgomery, a pioneer of the NZ underground, believes there is always new sonic terrain to investigate. His latest album for Grapefruit marks forty years of rigorous exploration in which he’s managed to navigate disparate genres, scenes, and atmospheres, always at the forefront of experimental independent music. To commemorate, Grapefruit will be releasing four new Montgomery albums in 2021 which can be purchased individually or via subscription. Island of Lost Souls is the first.

Island of Lost Souls follows his acclaimed 2018 LP Suffuse – a novel departure in which he consigned all vocal duties to ambient/experimental peers Liz Harris (of Grouper), Julianna Barwick, Purple Pilgrims, Haley Fohr (of Circuit des Yeux), Katie von Schleicher, and She Keeps Bees. But the veteran evolves again. On Island of Lost Souls, Montgomery creates resounding, aerial compositions for guitar. Where some might be inclined to relax and lean into their legacy at this stage in a sprawling career, Montgomery’s new music continues to seek and challenge, moving like the eye of a storm.

As an islander himself, based in New Zealand’s largest city, Christchurch, Montgomery draws from his surroundings as he writes. Straddling the urban and the rural, the sparse and the frenetic, his compositions can be beautiful as well as disconcerting, and often speak to precarity and dread. The opening track, “Cowboy Mouth (For Sam Shepard),” infuses space rock with a cinematic arc and intensity befitting the late experimental playwright of the dedication. “The Electric Children of Hildegard von Bingen (For Florian Fricke),” named for the 2nd century Benedictine composer and mystic while dedicated to the Krautrock master of Popol Vuh, is an ecstatic 15-minute piece grounded by a booming staccato melody. Sounds rise and retreat again through shifting keys, suggesting Hildegard’s visions.

Island of Lost Souls cries out like a chorus, though there are no vocals on the record. Its tracklist instead builds upon the lonesome and polyphonic dimensions of guitar in order to express universal feelings of communion and isolation, resisting conclusion but never resorting to fatalism. Life is all about navigating these contradictions and we are all with Montgomery on this island whether we’d like to admit it or not. Here, the artist has created a work of wisdom and grit, a searing beauty, a new masterpiece for an uncertain and restless time.