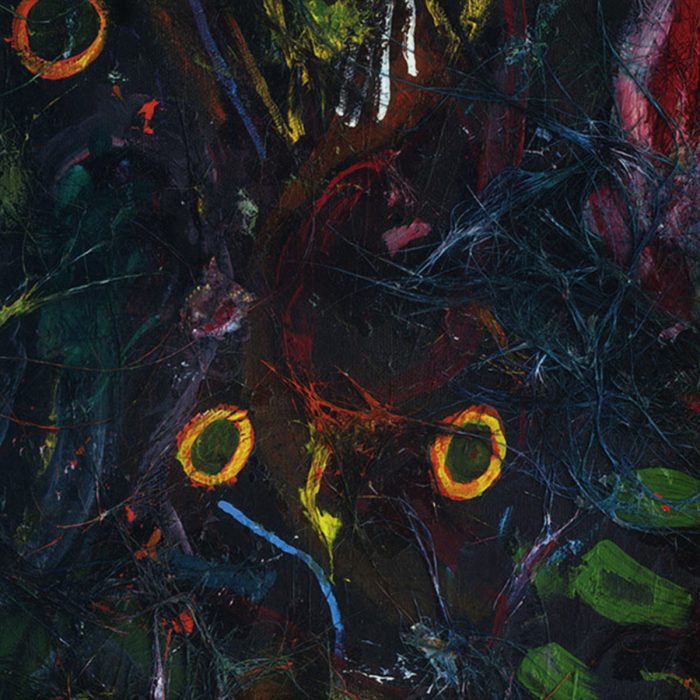 About a month ago, as I watched Emeralds levitate a packed house at Brooklyn’s Glasslands, I couldn’t help but wax a bit misty-eyed, recalling the years we all spent orbiting the basements of the upper midwest with a cabal of like-minded fuckups. This opportunity to revisit Allegory of Allergies isn’t exactly helping me regain my composure, and for that, I’m profoundly grateful, insofar as time, distance, and a seriously killer record can put a pretty impressive sentimental gloss on virtually anything, from spacing out and driving two hours past the gig in a thunderstorm to blasting the Gods of Tundra c120 on a half-dead portable deck while scrambling to dodge a sketchy eviction threat. Those, apparently, were the days.

In its formal aspect, Allegory shares much with the recent and justly lauded What Happened, though in nearly every other sense, they’re night and day. Where the extended vignettes of What Happened share a certain crystalline expansiveness and astral sheen, Allegory offers a crumbling labyrinth that’s at once humid and frigid, crammed to the gills with moss, lichen, cobwebs, brick dust, rotting boards, peeling paint, and narrow shafts of light. It’s a blurry and bleary vision, in which John Elliott, Steve Hauschildt, and Mark McGuire improvise on synths, guitar, voice, and tapes like three cats batting at an enormous calder mobile, a sound thoroughly native to the moldering interiors and indigenous dystopian/psychedelic culture of the American Rust Belt.

Those approaching this work for the first time will have much around which to warp/wrap their heads. Emeralds are possessed of a slow-burning, Cluster-like sense of patience, an accompanying willingness to assume the appearance of burbling sideways in low gear while stealthily turning the universe on its edge, a rare mastery of perspective and scale, and an ability to make audible the slipperiness of the slope between harmony and timbre. Just as crucially, they manage to be ambitious and sprawling without compromising their aura of raw immediacy and handmadeness. It is precisely this sort of fried grace that secures Emeralds’ place in the history of vernacular experimental music and situates Allegory of Allergies squarely in its hallowed canon of epic double LPs.