Label: Woe To The Septic Heart 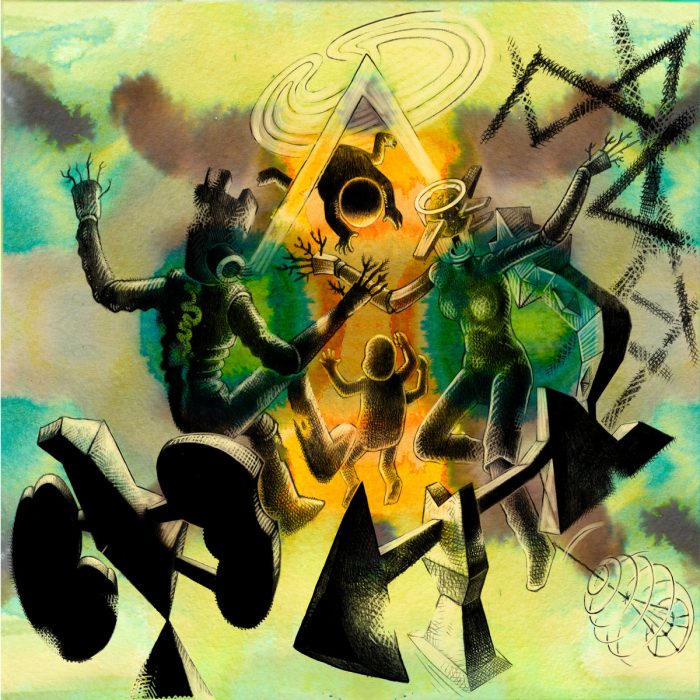 “Unlike much of my work recently, it is not a ‘concept album’ and is without any collaborators. I just wanted to focus on my core sound really but without any of the genre tropes that may have been present the last time I made a solo album.

I had hoped that the album could work on multiple levels. In that respect, it is intended as a psychedelic album as much as anything. You can listen to it in a more meditative way without getting distracted by the details. I suppose that is why the frequency spectrum is more similar to my earlier work, but there is a lot going on under the surface and it can be quite demanding if you are paying attention as there are odd time signatures and dissonant elements in there too. Light and shadow I guess. I am hoping that it may be the kind of album that people play at the end of an excessive night, like after a club being back home with some friends, sleep deprivation and whatever else kicking in together with the music helping to launch your mind into space! I am also hoping though that it will be interesting enough to stand up in the cold sober light of day as ‘just good engaging music’.

It is quite foggy and scuzzy in feel and I am using a lot of filtering and reverb to get this. I think the vocal samples are an attempt to offset this, to bring a bit of light to the murkiness. I also wanted the vocal aspects to reflect influences or things I could closely identify with for the most part, so there are a few hints at British folk songs in amongst the music, albeit rather ghostly and not directly recognisable. But anyway, all this is much more a question of feel, rather than a signifier in this respect. I like the haunting, melancholic aspects of these songs I suppose.

I am putting it out on my own label, Woe To The Septic Heart! I just felt it was time for that. It is a bad time for pressing records but conversely, Bandcamp has proved to be useful in showing you do not need to have the backing of an established label. I think I can do something independently and hope that it will still reach the public.”