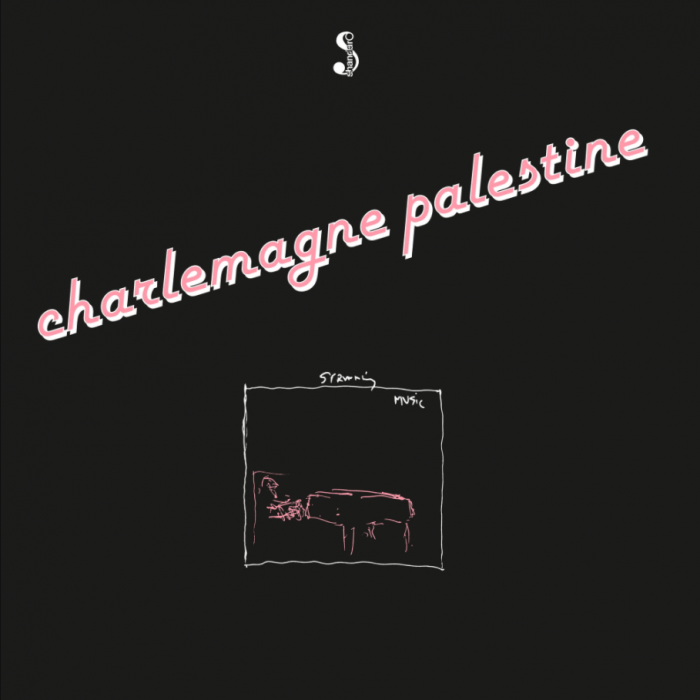 Primed with a glass of cognac Charlemagne Palestine sits at the keyboard of a Bösendorfer Imperial grand piano. One foot firmly holds down the sustain pedal while both hands perform an insistent strum-like alternation on the keys. Soon Palestine and his Bösendorfer are enveloped in sound and bathed in a shimmering haze of multi-coloured overtones. For 45 minutes this rich pulsating music swells and intensifies, filling the air.

When Strumming Music first appeared on the adventurous French label Shandar during the mid-1970s, it seemed a straightforward matter to place Charlemagne Palestine in the so-called Minimalist company of La Monte Young, Terry Riley, Steve Reich and Philip Glass, whose work also featured in the Shandar catalogue. Palestine too used a deliberately restricted range of materials and a repetitive technique, but as he has often pointed out in more recent times the opulent fullness of his music would more accurately be described as Maximalist.

Strumming Music, recorded in Palestine’s own loft in Manhattan, has no written score. In an age of recorded sound he still feels no need for traditional notation. The surging energy of this particular recording stands comparison with the improvising of jazz visionaries who impressed and inspired him while living in New York, as a young man. But, as Palestine himself has made clear, primarily he brings to music-making the sensibility of an artist rather than a musician.