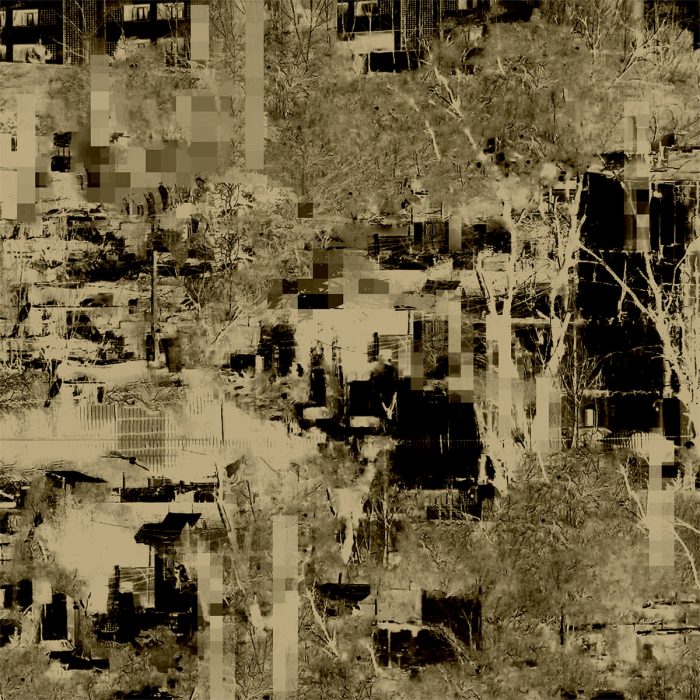 Endlings is a duo comprised of Deerhoof guitarist John Dieterich and composer and artist Raven Chacon. On Human Form, the duo expand upon the haunted abstraction of their 2017 self-titled debut. Four years on, Human Form offers a distillation of a collaborative and improvisatory relationship that began with a performance 10 years ago at the Albuquerque Experimental Music Festival. On Human Form, they are joined on three songs by virtuoso percussionist Marshall Trammell and Iranian artist Babak Shahsiah provided cover art for the LP.

Human Form moves from short-wave music box transmissions piped in from The Overlook’s Grand Ballroom (“In Us Confide,”), to tension-filled percussive tracks (“Pre-Bird,” “Indictor”), to ambitious long-form compositions that seem to be interpolating between multiple grooves while simultaneously building up and breaking down brackish melodies, surging drones and crushing electronics with laser-guided intensity (“Save and Hold Fantasy Threats,” “Primordial Forms”). Scattered throughout are moments of heavily weighted beauty that permeate the record, from the sun-lit microtonal ascendance of “Cither” to the joyful cacophony of “Frágil”.

There is a pervasive sense of awe and reverence for the music Chacon and Dieterich are cultivating on Human Form. These sounds, created by two veteran noise-makers and collaborators, have a way of attaching themselves to you long after the needle has lifted – a ghostly aura refracted in sunlight, revealing impossible yet immediately recognizable worlds.

Raven Chacon is a Berlin Prize winning Diné composer, visual and sound artist and Southwest noise legend. Chacon has collaborated with the Kronos Quartet, Laura Ortman and many more. John Dieterich is a guitarist, composer and producer based in Albuquerque, NM. He plays in the band Deerhoof and collaborates on a variety of musical and artistic projects.